Navigation
Product was successfully added to your shopping cart.

Schnitzel Production - Processes, Machines & Equipment for the Production of Schnitzels

A schnitzel is meat, thinned by pounding with a meat tenderizer, coated with flour, beaten eggs and bread crumbs, and then fried. Originating in Austria, it is popular in many countries and made using either veal, mutton, chicken, beef, turkey, reindeer, or pork. In Australia some may consider certain other processed chicken coated with breadcrumbs as chicken schnitzel as well.

In Australia, beef (which may be veal) and chicken schnitzel are both very popular dishes, particularly in pubs where they are among the most widely available meals. Chicken schnitzel (less so beef) is also sold at many take-away establishments.

Schnitzel in Australia is often served in the form of the parmigiana, which is a schnitzel topped with Italian tomato sauce, cheese, and occasionally ham. 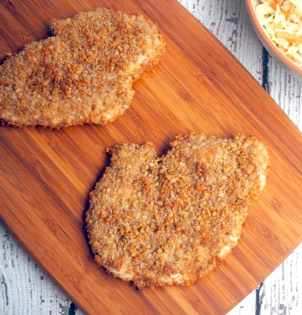 Video of the production of double crumbed chicken schnitzels

The production of schnitzel has a number of processes, these generally comprise of:
• Slicing / Forming
• Tenderising
• Schniztel Flattening
• Batter & Crumbing
• Cooking
• Cooling
• Packaging

Schniztels are made from either slices/cuts of meat or from reformed meat moulded or pressed into the shape of a schniztel. For veal/beef/pork schniztels, these are normally made from thinly sliced steak which are tenderised and flattened to provide a flatter more tender schniztel with greater surface area. Chicken schniztel are normally sliced or butterflied to produce a heart shaped schnitzel. For reformed schniztels the reformed meat is either set in a mould to set the shape prior to slicing, or is formed and from a forming machine.
SCHNITZEL SLICERS / FORMERS 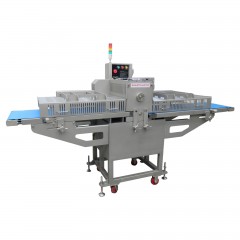 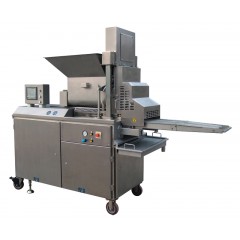 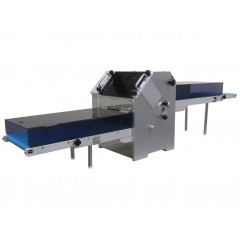 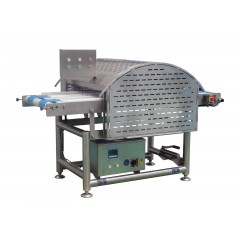 Meat for schnitzel is tenderised so that the meat is more tender and so the meat does not curl during cooking. The tenderisation of the meat severs the connective tissue, fibre and sinew that makes meat tougher. 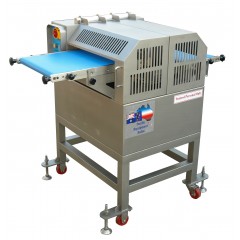 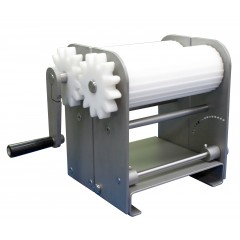 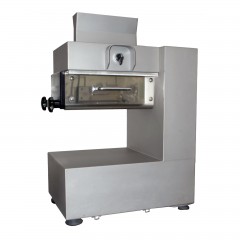 Schnitzels are flattened with machines to reduce the thickness of the meat products (for larger size and ease of cooking), for presentation (removal of tenderisation marks) or standardising for cooking. The flatten schniztels the piece of meat is squeezed between 2 rollers to achieve the required thickness. There are both manual and automatic machines for the flattening of schnitzels. 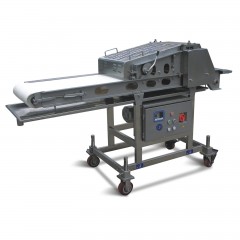 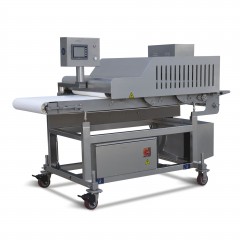 After having been flattened and tenderised the schniztel are then batter and breaded. Either by hand or by machine, the schnitzels are coated with the batter mixture, before coated in bread crumbs. 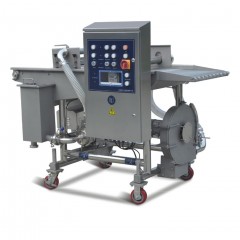 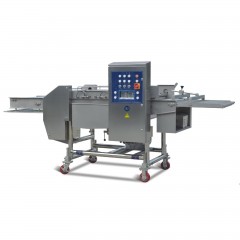 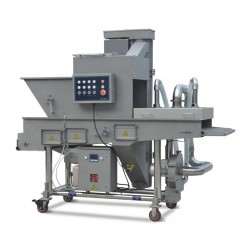 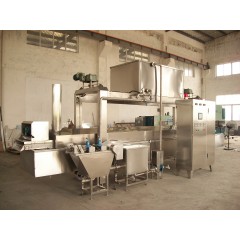 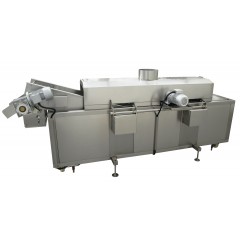 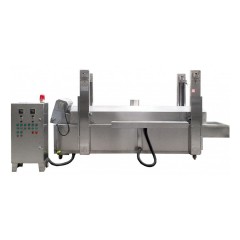 For industrial production schnitzels are then frozen ready for packaging. This could be done on a spiral cooling tower, which efficiently freezes the product in a small area keeping all production in-line. 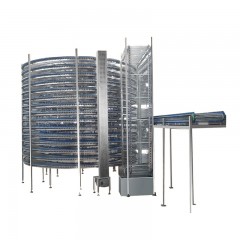 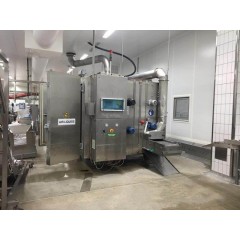 For supermarket display schnitzels are commonly packed in trays, which are sealed by a tray sealer.